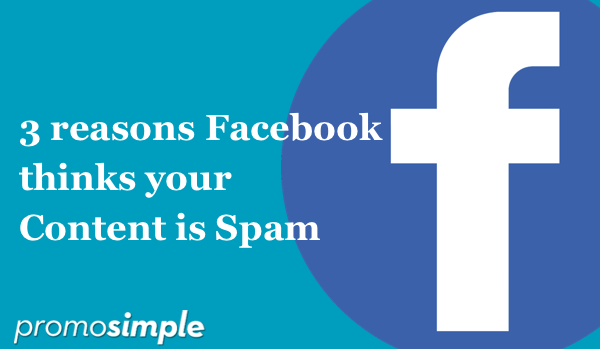 Facebook has again released changes to the Newsfeed algorithm that can impact whether or not your posts are organically shown to your Page’s fans. This update focuses on three specific items that are frowned upon and decrease the chances of your posts being shown to users.

Unlike some of the other recent changes to the Newsfeed algorithm where Facebook mentions that certain post types will be shown less, these changes are noted to decrease the visibility of the Page as a whole. This means that if some of your posts break the guidelines that Facebook has set it can impact all of your status updates and posts.

“We are improving News Feed to de-emphasize these Pages”

This change may significantly impact your ability to run giveaways or contests directly within your Page’s Newsfeed. While Facebook’s Promotion Guidelines do now allow Pages to run contests and promotions directly on their pages, it would seem that a post which asks users to ‘Like,’ ‘Comment’ or ‘Share’ in order to enter will likely be shown to very users organically, decreasing the number of entrants that these campaigns will attract.

Pages that upload images, photos and videos that are commonly seen across the social network may be penalized and their content will be de-emphasized. This is likely to combat a large number of Pages uploading the same memes and pictures so that a user’s Newsfeed has the same content repeatedly.

Try creating your own images or uploading unique photos when posting an update rather than recycling a common meme. It will be interesting to watch how this is monitored and which Pages are penalized. The phrasing used by Facebook makes it sound as though this does not impact re-sharing content from other pages, only uploading content (photos and videos) that others have already uploaded and shared.

Any reasonable, legitimate website should have an issue with this update, in which Facebook will be attempting to penalize Pages that link to websites containing only ads or which do not link through to the content that is described by the link posted on Facebook.